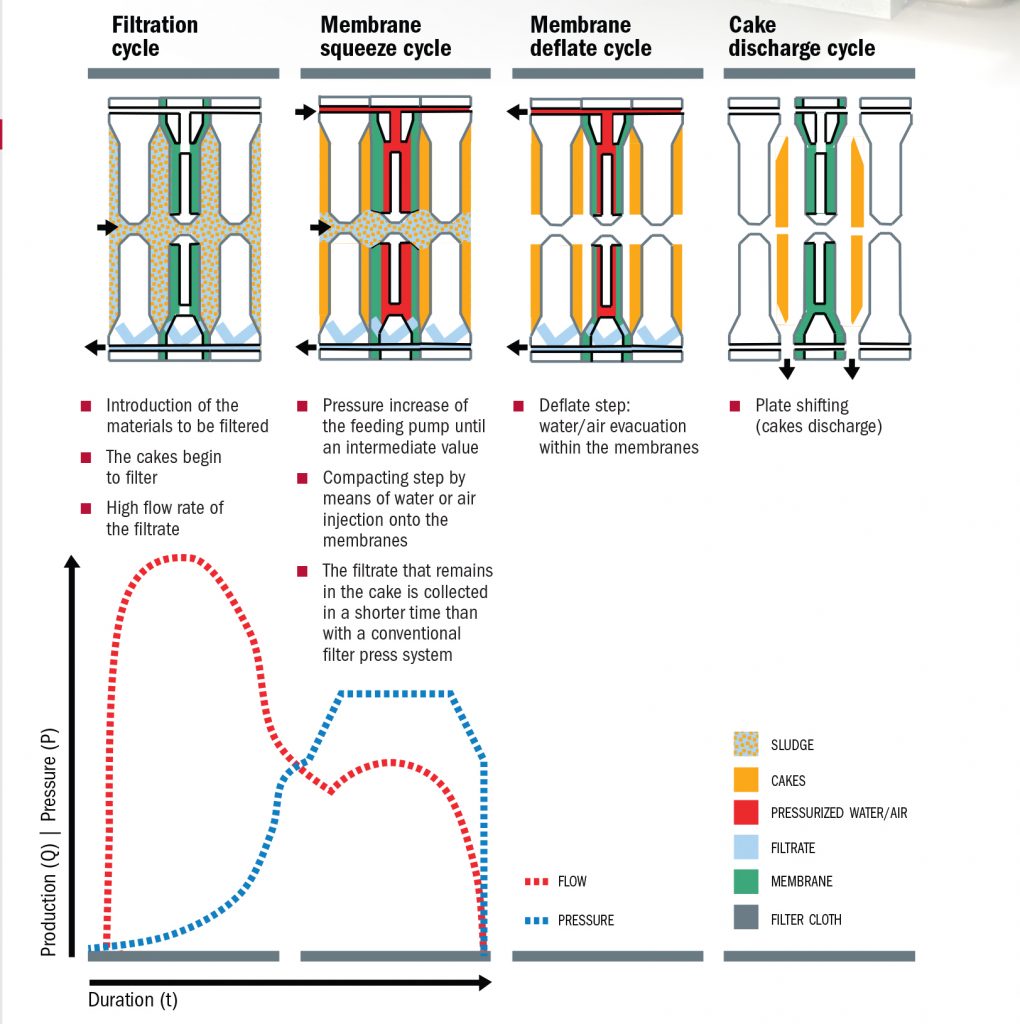 A filter press is a well-known dewatering technology and is also called plate and frame. The principle of operation is simple, like a static cartridge. The filter press is closed to guarantee the sealing of all the plates together. Then, the sludge, flocculated or not depending of the application, is fed into the press. Suspended solids are captured inside the press, the filtrate passes through the cloths and it builds up cakes until a specific pressure is generated inside the filter press. The dewatering process is performed by the sludge pump which increases its discharge pressure as the liquid/solid separation gets harder. The distinction between any filter press is at the step when cakes are released. The Fournier FullAuto filter press does not require any human intervention during this stage. A weighing system controls the discharge of every cake and if necessary a shaking system will make the cake drop.